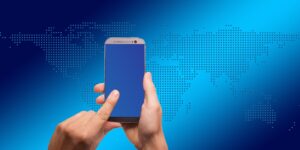 A year of pandemic has forced part of our everyday life to the digital online realm. Life, love, laughs and tears were often forcibly shared online, Zoom and Teams became the office for many, and purchasing online was often the only choice due to restrictions and lockdowns. It stands to reason that orientation happened more often online as well, right?

That much is clear from the results of the Q1 2021 report of USP Marketing Consultancy’s European Electrical Installation Monitor, which focused on media orientation of electrical installers in seven European countries.

Expectations of explosive increase of installers’ online orientation were not met

Absence of an explosive increase in usage of digital sources does not mean there was no effect of the pandemic at all though. In the Netherlands and the UK, for example, when looking at digital sources of which usage increased the most, online conference software like MS Teams and Zoom takes first place, which would have been hard to imagine without a pandemic.

What about the trends of media usage among installers?

No dramatic changes in media usage due to COVID does not mean there are no changes at all. Looking at a broader image of usage of media sources over a longer period of time creates a clearer image and may even provide some explanations for the above. Usage of certain digital sources, like the internet in the broader sense, and certain search engines and websites of manufacturers more specifically, was already quite high among electrical installers before the pandemic. If almost all installers were already using internet as a source of information, a pandemic can hardly increase that amount explosively.

What can be seen when looking at trends is that electrical installers’ professional usage of social media is slowly increasing. Also, usage of traditional sources like printed product documentation and professional and manufacturer magazines are slowly declining in five of the seven countries.

According to the installers, their media orientation has not been affected much by the pandemic, and after the pandemic will be business as usual. But as mentioned above, electrical installers’ media usage is changing, and not everywhere in the same way. In any case, where it comes to marketing communication aimed at these installers, a multichannel approach seems the way to go. The trick is to know which combination of channels is the most effective in which country.

For that nugget of detailed information we happily refer you to the Q1 2021 report of USP Marketing Consultancy’s European Electrical Installation Monitor.